In the late 1960s, Charles Manson formed a Californian cult, known as the Manson Family. A group of his followers became hunted nationwide, after they committed a series of murders, orchestrated by their leader. The murders were highly publicized, because of their gruesome manner, and the inclusion of several well-known public figures. Manson had convinced his followers that a racial war, ‘Helter 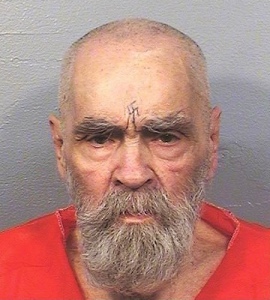 Skelter,’ was about to start between the ‘whities’ and the ‘blackies.’ He and his family would commit crimes against the ‘whities,’ and plant evidence suggesting that the ‘blackies’ had been responsible. After this, the ‘family’ would hide in a cave located in Death Valley until the war had ended.

The first murder in the series was that of Gary Hinman, a friend of Manson, that had recently received an inheritance. Manson ordered Bobby Beausoleil, who was accompanied by Mary Brunner and Susan Atkins, to persuade him to hand over the funds. They held Hinman hostage for several days, but he still refused to comply. Unable to wait any longer, Manson joined the group and slashed his ear with a sword. Beausoleil completed the murder, by stabbing Hinman twice in the chest. The criminals fled the scene and Beasoleil was arrested and charged, after police found him sleeping in Hinman’s car. The suspect was still wearing his bloody clothes, and the murder weapon was found in the spare tire. 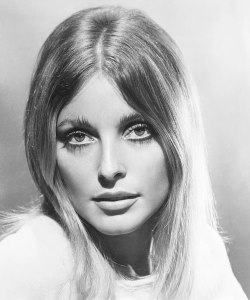 On August 9, 1969, a pregnant actress, Sharon Tate, and a small group of friends were at her house in Beverley Hills. Manson ordered Charles ‘Tex’ Watson, Susan Atkins, Linda Kasabian and Patricia Krenwinkel to enter the residence, and kill everybody there as gruesomely as possible. The residents, as well as a visitor who was driving away on their arrival, were attacked and stabbed, shot or beaten to death. Although neighbors heard gunshots during the night, Ms. Tate’s housekeeper, Winifred Chapman, found the bodies of Sharon Tate (and her unborn child), Steven Parent, Abigail Folger and Wojciech Frykowski, the following morning and alerted the LAPD.

Two nights later, Manson and six members of his family, entered the house of Leno and Rosemary LaBianca. They robbed the couple, and stabbed both numerous times. ‘War’ was carved into Leno stomach during the incident, and the bodies were found shortly after by the couple’s children. After investigations revealed the connection among the incidents, warrants were issued for the suspects’ arrests. It was discovered that Manson and Atkins were already in custody, on other charges, and the others were caught and arrested.

The trials began on June 15, 1970, and Kasabian was granted immunity in return for her testimony. Manson was originally granted permission to act as his own attorney, but this was retracted due to unruly behavior. After this, Manson came to each trial with a ‘X’ marked in the middle of his forehead. The defendants were all found guilty of several charges of murder, and conspiracy to murder, and given death sentences. This was commuted to life in prison, after California stopped the death penalty.

Charles Manson was denied parole 11 times, due to a ‘history of controlling behavior,’ and ‘mental health issues,’ as well as a ‘blatant disregard for human life,’ and ‘a lack of remorse.’ The cult leader died on November 19, 2017, from cardiac arrest associated with respiratory failure and colon cancer.